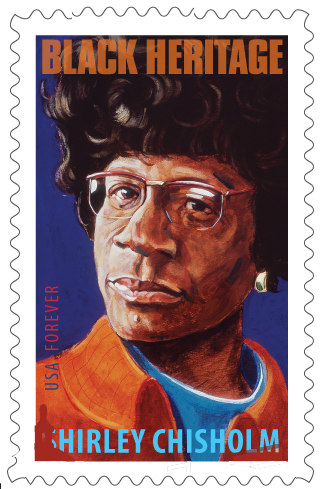 the stamp is Robert Shetterly's portrait, which is part of the Americans Who Tell the Truth series.

Her's will be the 37th stamp in the USPS Black Heritage Series, which was begun in 1978.

The First-Day-Of-Issue Ceremony will be held at 11 am at Brooklyn Borough Hall, 209 Joralemon Street, Brooklyn, NY. Deputy Postmaster General, Ronald Stroman, will preside at the unveiling.

The artist, Robert Shetterly, will be on-hand to sign collectors' stamps and other memorabilia.

Americans Who Tell the Truth is a not-for-profit arts, education, and citizenship organization that promotes civic engagement through portraits and narratives of courageous individuals who have worked to promote social, economic, and environmental justice.

For more information about the portrait contact Robert Shetterly robert@americanswhotellthetruth.org , (207) 326-8459